Аннтоация
This paper investigates the influence of an increase in government healthcare expenditures on regional economic growth in Russia. Studies have shown that an increase in healthcare expenditures stimulates an increase of GDP through several channels. First, it improves the quality of labor force that can lead to an increase in labor productivity. Secondly, an increase in the productivity and size of the labor force leads to consumption extension and then to firms’ income growth, so there is a multiplication effect. Including the presupposition that a relationship between health expenditure and economic growth may be non-linear we formed the hypothesis of the existence of the average optimal share of health expenditure in GRP that maximizes average regional economic growth rate.
In this study, we considered 6 main categories of expenditures of consolidated budgets of Russian regions: the share of expenditures on health care, physical culture and sport in the GRP (this is the main variable of interest), the share in GRP of general public expenditure, national economy expenditure, housing expenditure, education expenditure and social policy expenditure.
Naturally, economic growth is influenced by factors other than public expenditure. A number of studies have shown that there are additional factors that influence economic growth: the level of urbanization (Henderson, 2003; Friedmann, 2006), the openness of the economy (Kamensky, Ivanova, 2011), the diversification of the region’s economy (Essletzbichler, 2007; Shediac, 2008), the quality of human capital (Maddison, 1991; Lutz, Samir, 2011). We have also taken into account investment attractiveness and the aggregate index of banking services in the region.
In this research we suggest that an increase in healthcare expenditures, besides the direct effect on economic growth of a particular region, also affects economic growth of neighboring regions. The possible explanation of this is the positive impact of healthcare services received in the neighboring regions on nearby territories, joint national healthcare projects and distribution of scientific knowledge.
Using the spatial Durbin model focusing on regional data of 2005-2018, it was shown that the average optimal share of health expenditures is 5,9% of GRP with an inclusion of spatial effects and 6,4% without them, outlining the importance of including interconnection variables between Russian regions in the model. The regional statistical analysis showed the failure to reach the recommended share by most Russian regions, which can be viewed as a possibility for future economic growth stimulation if there is an increase in government spending on healthcare. 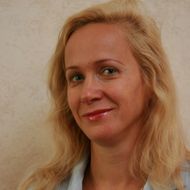 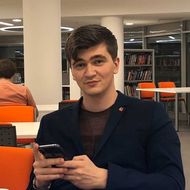 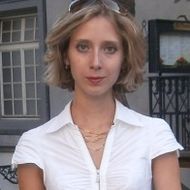