Participation in the seminar at ISI

On the 5th of March Elena Kotyrlo and Hryhorii Kalachyhin made a presentation at the the research seminar of Indian Statistical Institute (ISI).

Do bilateral investment treaties (BIT) stimulate foreign direct investment (FDI) to a developing country? There is no clear answer to this question. At the end of the last decade, India conducted a large-scale unilateral termination of the DIS, which peaked in March 2017. We have considered the features of BITs in India, the prerequisites for revising the BIT Model, critical changes in it, and BIT mass termination specificity. Mass unilateral termination of BITs is a phenomenon that allows us to look at their effectiveness from a different perspective. BITs’ impact on FDI flows is usually considered in terms of the impact of the entry into force or the total BITs number in the country. We consider the consequences of BITs mass unilateral termination by India using the difference-in-difference (DD) method and the synthetic control method (SCM). The obtained estimates indicate that India’s BITs termination led to a significant decrease (by 61,8% per quarter on average) in attracting investment from countries with which the agreement was terminated. However, most of the decline in FDI inflows is due to the termination of the BITs with developed countries (-70.3% per quarter on average), but not with developing ones. SCM allows concluding that BITs termination did not affect Mauritius’s FDI, the largest investor to India. Using SCM, we establish no spillover effect for Singapore, the largest investor to India without BIT with India. It did not benefit from India’s BITs’ mass termination. The BITs termination negative impact on FDI volumes indicates that it is expedient for India to renegotiate BITs based on the BIT Model quickly. We also considered an alternative tool for ensuring the promotion and protection of investments – regional trade agreements (RTAs). Although RTAs can be an adequate substitute for BITs in general, this issue remains controversial since negotiations on them cover not only investments and therefore characterized by excessive duration.

Recording of the seminar is available at the official insitute's web site. 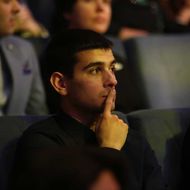 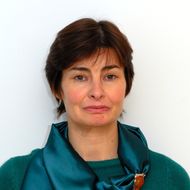