The work "The Link between the Academic Background and the Rhetoric of Monetary Policymakers: an Epistemic Aspect" was published in preprint series WP11 edited by CeHistMet.

Using the Latent Dirichlet allocation method, as well as the dictionary method of content analysis on the material of the transcripts of the meetings of the Federal Open Market Committee of the US Federal Reserve from 1979 to 2014, the paper explores the potential impact of aspects of the academic background of central bankers, such as the presence of a PhD degree in economics and links with certain research schools in macroeconomics, on their monetary policy rhetoric. The main attention is paid to the epistemic aspects of the rhetoric, rather than value preferences regarding the priority goals of policy. The results obtained show that the role of the background changed in different periods: if for the period from 1979 to 1993 there were no significant differences associated with rhetoric, then for later periods it can be noted that members of the committee with a PhD degree in economics more often mentioned terms and concepts of academic origin in their speech, were more likely to present their thoughts in a style characteristic of academic economics, and paid more attention to the discussion of econometric models, in contrast to those committee members who did not have a PhD degree in economics. This tendency was more typical for the graduates from the universities belonging to the “saltwater” tradition in American macroeconomics than for other holders of PhD degrees in economics. 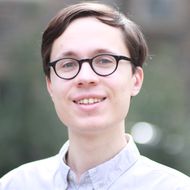