On July 2, a conference on economics and finance of football was held under the auspices of HSE. The plenary reports were delivered by professors Alex Krumer, Bernd Frick, Helmut Dietl, and Celso Ribeiro. 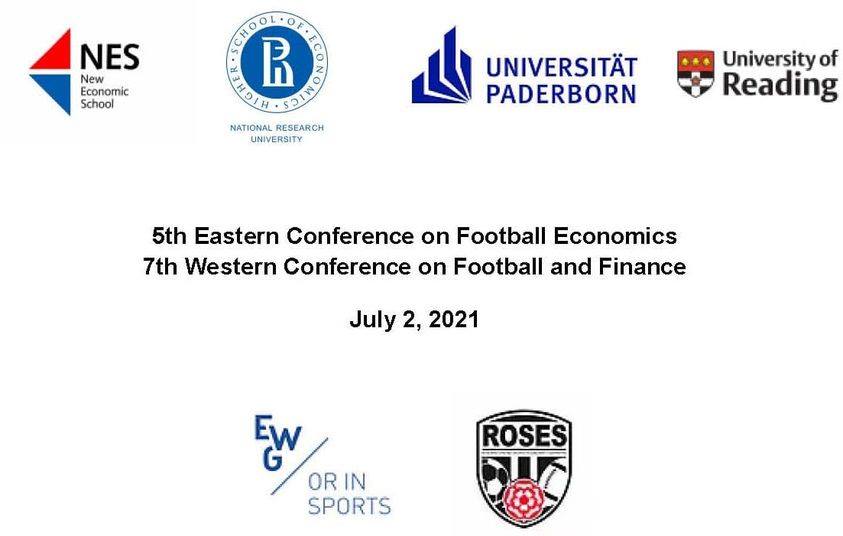 This time the main part of the conference highlighted the issues of discrimination and favoritism in football. Professor Helmut Dietl (University of Zurich) presented the results of an experiment that examined the negative impact of the candidate's name on the likelihood of being invited to a training session of an amateur football team. Professor Alex Krumer (Molde University College) spoke about the favor of judges in Switzerland to teams from canton with the same basic language. Professor Celso Ribeiro (

Fluminense Federal University) made a review on the issues of scheduling the tournament. Finally, Professor Bernd Frick (Paderborn University) with his research on nationalistic and racial biases in football completed the program of plenary reports.

In addition to the plenary reports, 4 parallel sections worked at the conference. A feature of the conference by tradition is that each report is reviewed by one of the other participants. Since the selection for the conference was based on the full text of the papers, the participants were able to pay very close attention to the text and offer interesting ideas for improving the work.

The next conference is scheduled for the end of May 2022.

About
Laboratory of Sports Studies