Everybody Is Nice, Unique And Intelligent In Their Own Way 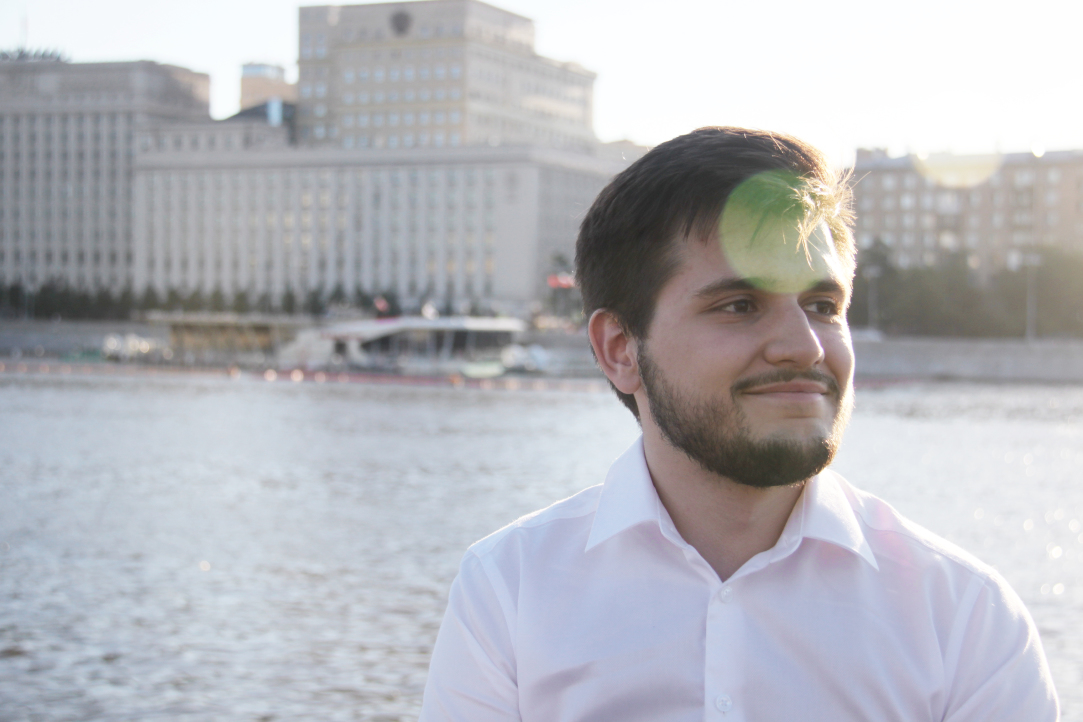 As a rising senior majoring in Russian and International Relations at the University of South Carolina, I have been given the opportunity this summer to intern under Mrs. Oxana Budjko and meet and interview a variety of amazing people. Today I talk to a talented and intelligent individual Vladimir Morozov, currently in Moscow. Vladimir is also a fourth year student like myself, and I want to learn about his experiences and accomplishments thus far at HSE University. It was very interesting to compare our paths into higher education between our schools in Russia and the US.

Since the 8th grade, Vladimir had wanted to study at the HSE University. Having always had an interest in finance and economics, it was an easy decision for him to want to attend HSE University because it is one of the most renowned Universities for Economic Sciences in Russia. Vladimir's specific specialization is in economics and statistics, which he chose because it is most closely related to his interests in mathematics and statistics, particularly. He expressed his enjoyment and accomplishments in this field of study throughout my time interviewing him.

Camryn Norwood,
student at the University of South Carolina, summer intern at the Faculty of Economic Sciences

When I asked Vladimir about his path into admission into HSE University I was curious whether it was similar to how students get accepted into Universities in the United States. At the University of South Carolina, I applied online where I submitted my High School transcript and SAT score as well as wrote an essay. After my acceptance, I applied for a loan to pay for my tuition and housing in which I will pay my debt back in increments after college. I was intrigued to learn that Vladimirs path into HSE University was quite different. Although he explains two main tracks to pay the university, where you can either get merit based scholarships from the University, or subsidies (grants/ loans)  from the government or pay out of pocket, while admission is  based on the results of the Russian State Exams, but Vladimir took a unique path and and competed and WON  the Olympiad, which he describes as a special submission/ task competition (in his case, in mathematics) which after winning allowed him to enter HSE University with a full scholarship funded the government to pay for his studies at HSE University and provide accommodation in Moscow.

Can you explain more about the Olympiad, the process and what you receive when you are a winner like yourself?

We have different levels of Olympiads. There is “VSEROSS”, and also, the first, second and third levels where difficulty varies. There are many different creators of the problems, hence there are different competitors, and they get different rewards.

VSEROSS, the hardest and most competitive, in English would be called All-Russian Olympiad for schoolkids, which is the main one but also the most difficult to win. I won the first level Olympiad in mathematics called "Pokori Vorobievy Gory!", or in English "Conquer the Sparrows Hills!" (in the name of university location) hosted by Faculty of Mechanics and Mathematics of Moscow State. This allowed me to be admitted to HSE University with full funding.

This is such an amazing achievement of Vladimir, especially when he tells me that all across Russia there are no more than 100 Olympiad winners of All-Russian Olympiad  in math every year while in all the Moscow State  Olympiads every year (Lomonosov + PVG) there are only 200-300 winners in math. As I further interviewed him I learned just how passionate he is about his education at HSE University.

I asked how other typical Russians students get admitted into University to learn that the most typical way is by passing the Russian State Exams which is necessary for all gratitudes from high school in Russia. I learned that The Russian State exam system is similar to what we call the SAT in the United States but the biggest difference is that in Russia, it is free but you can only take it once which makes the stakes very high, whereas in the America you can take it as many times as you would like but it is quite expensive. Because in Russia you can only take the Russian State Exam once, it is typically only the higher achievers who get accepted to top ranked schools.

Vladimir explains that school kids choose to compete in the Olympiad because it is an easier path in which you only have to win one competition,  in his case he won the mathematics part “which is good quality of the gratitude.” When I asked how long it took Vladimir to prepare for the Olympiad he expressed that he began preparing during his High School days, with no gaps, but the last two years of High school he spent all his free time on it. At first he was not very nervous and he casually found a couple of other schoolchildren who were also interested in HSE University or other famous Russian Universities and prepared together themselves. He said that the scheme was pretty easy and was able to find study materials on the internet, and in a group you  can solve problems and practice to help prepare. Vladimir believes that any motivated schoolkid can do it. Any student can follow this track, not so long ago Vladimir told me how he was only living in a small town called Ufa, far away from Moscow where he explained that his parents did not have much money or many opportunities to give him for a higher education, therefore winning the Olympiad in Mathematics and receiving money through this allowed him to further his education at HSE University.

As a student myself who is paying for my tuition through scholarships and loans, I asked Vladimir personally how exactly he was paying for his education, buy books, etc.  in which he said the university allocates certain quotas for each academic program that are fully paid for by the government funding with no payments due afterwards which he can proudly say is happened to him! Books are borrowed from the library, unless you want to own one.

Vladimir chose to specifically specialize in economics and statistics because he views his program as different from other programs in economics. The program teaches basic data analysis, mathematics statistics and other disciplines, and he wanted to study specific mathematical disciplines.

Every student in Economics and Statistics program is very different from one another. For example, some students always dreamed to become a scientist, data analyst, they study and do research at a laboratory of HSE University, have published articles in journals, while others take a different path. One of my classmates is now working for Goldman Sachs in Moscow, in investment banking. This job pays well and requires a lot of knowledge in specific field that not many other people posess.

Before the pandemic, Vladimir and his classmates would often do homework together and go to the city center with them. Half of his classmates are from Moscow, and less than half from other Russian cities outside of Moscow and 5%-10% are international students. Admittingly, the majority of the international students are originally from countries that were once a part of the Soviet Union (for example Ukraine, Balarus, Kazakhstan, Uzbekistan, etc.) and it is a great dynamic of people and everybody is nice, unique and intelligent in their own way.

Of course during this time amidst COVID, we are sure to see many changes in every aspect of our lives. To Vladimir, the pandemic meant switching from in person to online classes where most of his classmates went back to their hometowns. Overall the adjustment meant shifting online to on-line calls and social networks but this did not disrupt any communication or learning for each student and ultimately everything is the same, just through a different approach.

As Vladimir finishes his studies as a fourth year student it has been pretty easy for him to adjust during the difficult times of the pandemic which cannot always be said for everybody like those who have just entered the University in 2020. He continues to keep in touch with his classmates and professors online and explicitly remarks, “I in some ways benefited from the pandemic limitations because I can now manage my time more specifically and properly whereas before when I needed to go onto campus and study there with all this traffic it was more time consuming.” I could relate to this because being the same year as Vladimir, I was lucky to be knowledgeable on how to navigate the online world and continue to communicate with people as well as manage my time better at home.

Vladimir remarkably has done very well for himself not only in education but also is now taking on a full time job, working for the Russian office of the international company called Accenture, an IT consulting company, with the headquarters based in New York. The area of his job is business analysis, a certain area of research where he is given business cases which have some raw information that has not yet been interpreted. He takes the information and interpretes it into something meaningful, visualizes it and figures out which information can be  beneficially used by his company.

Vladimir learned about this type of jobs when he had just entered HSE University and learnt about consulting for financial services, retail, and other businesses, provided by major international companies. He was really into it because the idea “is just amazing, because throughout this job you are not just work with a narrow topic like solely financial services or retail but you can work on any project that comes forward and it really broadens your mind and teaches me how business in Russian specific, and in the world as a whole, is working.” Vladimirs concludes our interview by telling me his future career plans in terms of 5 years, in which he wants to grow professionally in IT product development and product management!”

My best of wishes to Vladimir as he continues forward into his bright future!