At the 25th meeting of the research seminar, the laboratory staff presented interim results of the projects on which they have worked in 2018. 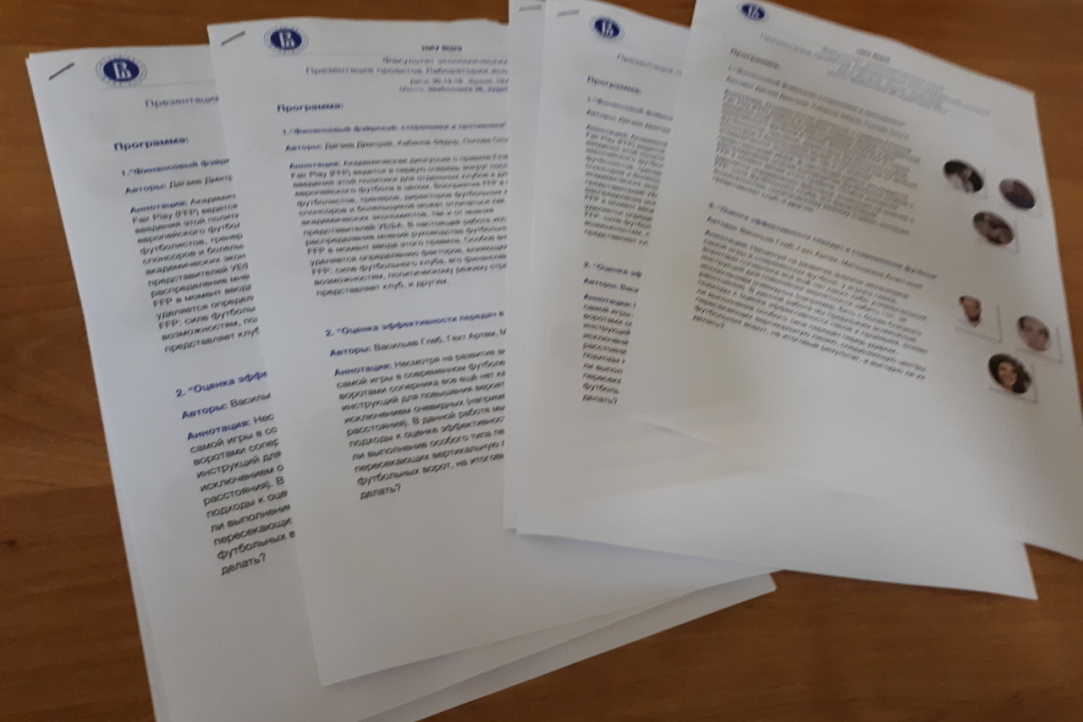 A total of 6 reports were done at the anniversary seminar (some projects have already presented their results earlier). The first speaker was Olga Popova, who presented the preliminary results of the project "Financial FairPlay: Supporters and Opponents" (together with Dmitry Dagayev and Fyodor Kabanov). Note for the students: Olga took a short-term internship in the laboratory - this new mechanism allows students to get acquainted with the work of the research departments of the HSE. Danil Shaposhnikov did the second report. He told whether the players who transferred to new team play better against their former teams (the project is done with Arthur Assansky, Gleb Vasilyev and Igor Tylkin). Then reported Maria Yusova. She spoke about how to evaluate the ability of various categories of friendly matches to predict the outcomes of official matches (the study is carried out with Alexey Lomakin and Ilya Schurov). Yegor Zaitsev told about whether football referees are trying to restore “justice” after they have shown yellow or red cards (the project is done with Ilya Schurov). The next report was devoted to a curious behavioral hypothesis: are the players motivated by the opportunity to be part of a non-formal list of top strikers? Arseniy Stolyarov told about the results of this study, that was conducted with Gleb Vasilyev. The concert finished with the report "Moneyball and players' incentives in football" (Inna Zaitseva, Maxim Stupin, Daniil Shaposhnikov).

All projects will continue their work in 2019!

About
Laboratory of Sports Studies