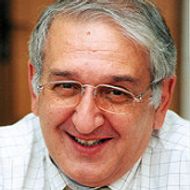 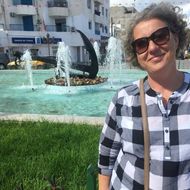 This paper analyzes the communication strategies of two candidates on political issues during an electoral campaign. Candidates characterized by a fixed level of competence are facing a representative voter and have to allocate their time of speech on two political issues.

The voter has prior beliefs about the relative importance of each issue as well as about the level of competence of each candidate on each of it. Candidates affect the voterís priors by devoting time on the issues. First, the more candidates spend time on an issue, the more they increase the relative weight the voter gives to the issue. Second, the time a candidate devotes to an issue increases the precision of the information he sends to the voter about his true issue-competence. The voter, supposed to be boundedly rational, updates his prior beliefs according to the time devoted by candidates.

We analyze the game by first considering that candidates are subject to a time constraint issue-by-issue, then by a global time constraint. And elicit conditions under which candidatesí strategies diverge (no dialogue between candidates) or converge (both candidates talk about the same issue or both remain silent on it). In particular, we show that a candidate may have interest to talk about an issue on which he is less competent than his opponent, as soon as he is more competent than the voterís prior belief. The less competent candidate has interest to talk about such an issue if by talking he is more able to reduce his comparative disadvantage than to increase the weight the voter gives to the issue. This result differs from the literature which generally shows that two candidates have never interest to talk about the same issue.

Finally, we discuss how the time constraint affects candidates strategies.