Bikes, Kapsalon, and Economics – one year at Erasmus University

Spending a year in a foreign university is an extraordinary chance to develop both profound  academic knowledge and a strong character to face various challenges. Rotterdam furthermore  represents a hotspot for both excellent academia and desirable living conditions. In this  following article, some factors are mentioned, which make a double degree program with the  Erasmus University an unforgettable experience 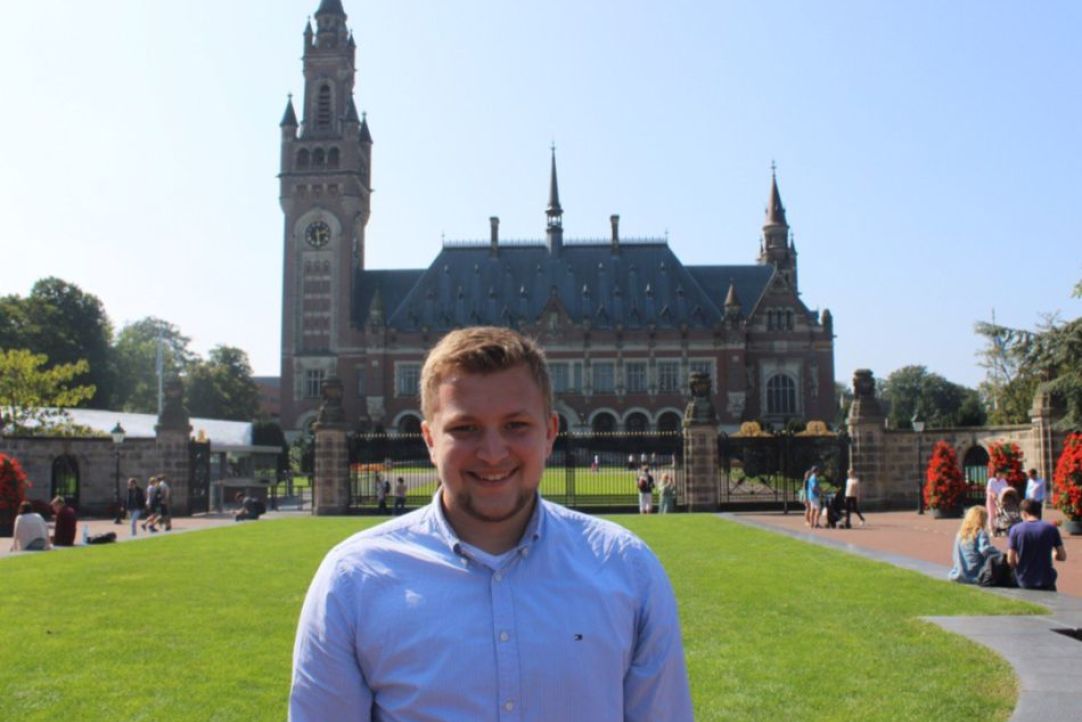 Jonas Prien in front of the International Court of Justice

When taking the first step on campus, his presence is not deniable: Desiderius Erasmus. The  polymath Erasmus, who lived between the end of Middle Age and the beginning of Modern  Era in Netherlands, became a famous scholar in different academic fields reaching from  philosophy, theology, human studies, and history. He believed that “The main hope of a nation  lies in the proper education of its youth”. As Erasmus became known for is fight for humanity  and education, he remains to be one of modern Europe’s philosophical forefathers and gives his  name to the university.

Beside the memory of Erasmus and his fundamental values, there is not  much to compare between his time and the current academia at the Rotterdam University  (EUR), which offers a big variety of courses from economics, political, and social sciences  rather than philosophy and theology. The EUR also has a strong focus on modern topics, which  are directly implemented into study programs and courses, e. g. topics regarding sustainability,  FinTech, artificial intelligence, smart cities, and technology. Studying at a modern university  also has great benefits about its facilities and capabilities including individual and group learning spaces, research software, one-stop visits in the administration and comprehensive  academic and psychological support. 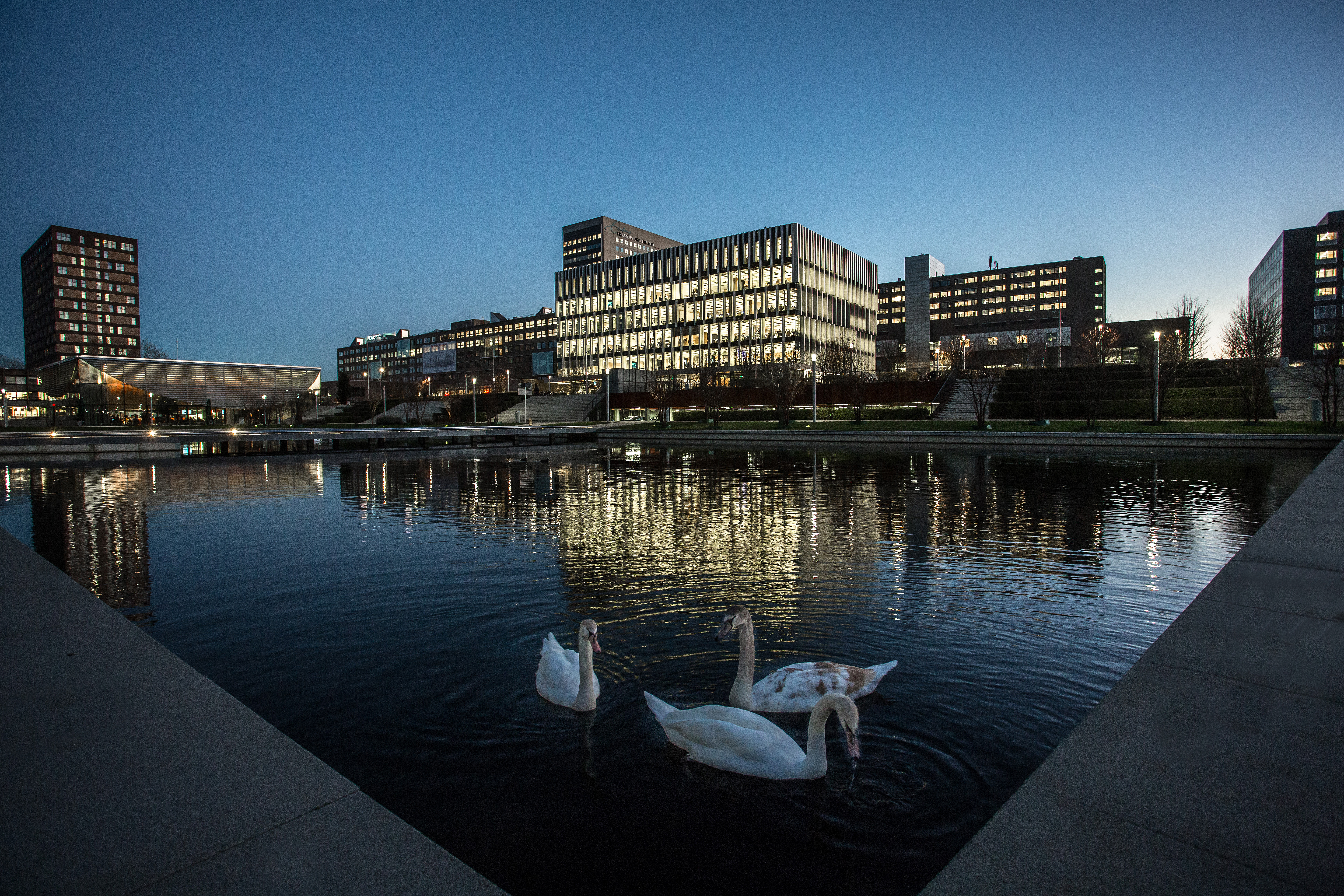 Combination of Dutch cultural heritage and modern architecture on campus

While the university buildings seem from inside like a modern institute from Western countries,  the outside reminds that it still is a part of the Kingdom of the Netherlands with bikes as the  preferred transport vehicle and many small lakes and ponds on campus. Moreover, the close  distance to North Sea promises fresh wind and coastal climate, but also a lot of rain and mild  temperatures. If one does not fear wind and cold outside, the Netherlands is a perfect place for  sports as cities provide many open spaces, free football fields, basketball pitches, running  tracks, and obviously bike paths. When the temperature rises, there are perfect conditions for  all kinds of water sports as swimming, kiting, and sailing in Rotterdam near Kralingen lake and  in the North Sea near Scheveningen. Beside sports, Rotterdam offering unique museums and  galleries. As a few honorable places, the market hall, the Cube Houses, Boijmans Gallery,  Kinderdijk windmills, and the Maritime Museum should be mentioned. Therefore, Rotterdam  represents an anomaly to conventional Dutch cities like Utrecht, Amsterdam, Leiden, and  Groningen, which are shaped by waterways in the city (“Grachten”), timbered houses, and lots  of historical buildings reflecting Netherland’s glorious role in sailing the world seas. Moreover,  many European cultural and touristic highlights are within close reach from Rotterdam by bus  and train, such as Brussels, Cologne, Antwerp, Paris, and London. 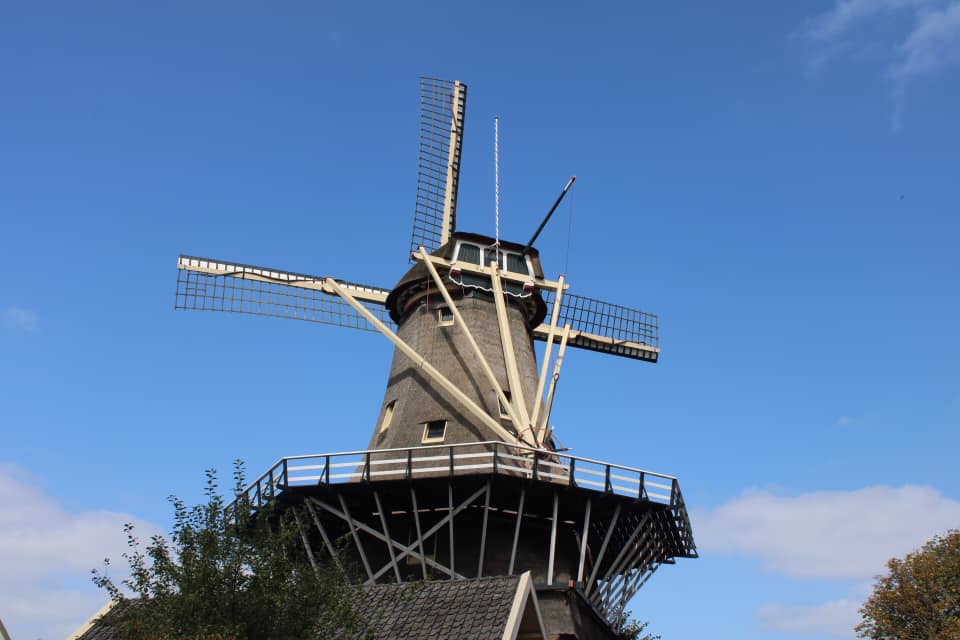 Even though, weekend trips promise exciting experiences, Rotterdam itself is a multicultural  hotspot, which was shaped through its close connection to the European heart on the one hand,  and to the world through its gigantic harbor on the other hand. Multiculturalism has the ability  to create its own identity and culture, which is manifested in the famous dish “Kapsalon” in  Rotterdam. Originating from oriental and Arabic meat mixed with Caribbean salads, Belgian fries and Dutch cheese, this extraordinary meal represents one aspect of the Rotterdam cuisine  and culture. As the university ranks among the best educational institutes in Europe, it attracts  a lot of international students, who further influence the Rotterdam lifestyle. Also, English is  heard quite often on the streets as the lingua franca. 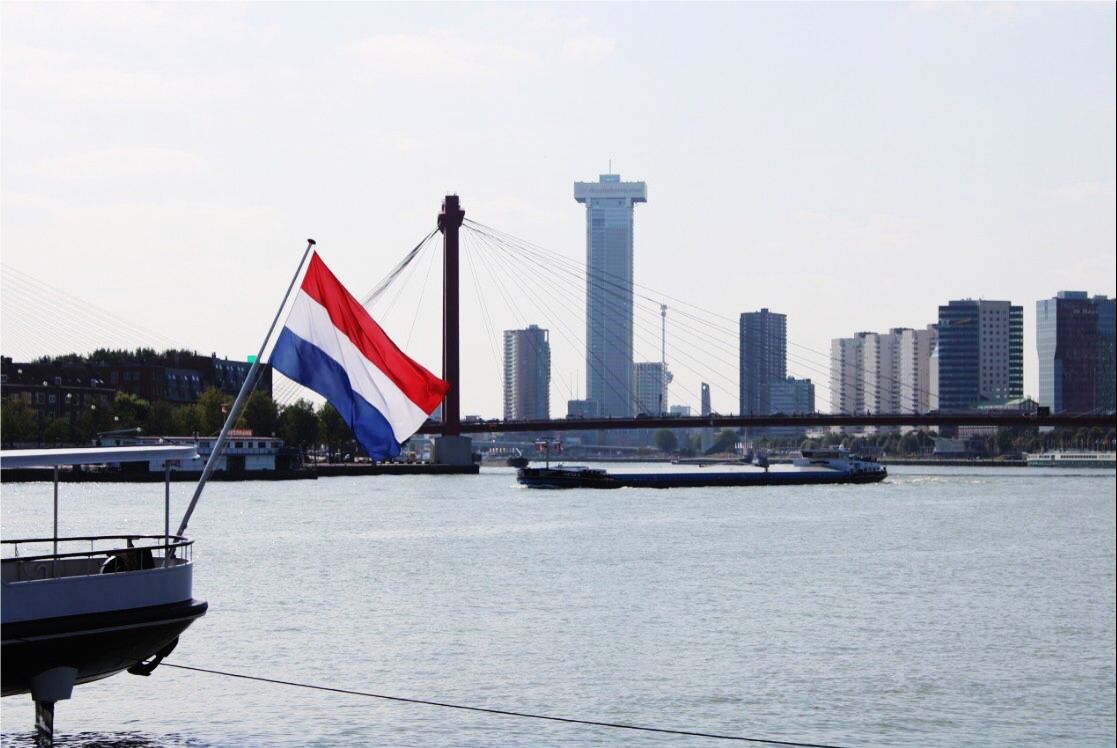 View on Rotterdam Downtown from the Niewe Maas River

Finally, Rotterdam is even more than a cultural melting pot and excellent academic location, it also is the economic center of the Netherlands. Hence, national and global players in banking, shipping, technology, chemicals, finance, and logistics are located in the city offering numerous  job opportunities and growth potentials (especially for graduates of the renowned EUR). With far more than bikes, kapsalon, and economics, Rotterdam provides a full package of fascinating  experiences for academic and personal development.